Trump is the clear choice for the 2020 election 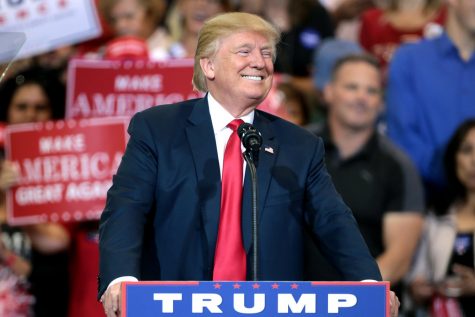 Donald Trump has also helped with the riots and has talked about ways to resolve and help the rioters. He has helped and offered help to lots of riots. Donald Trump has even helped farms grow economically. Because of Donald Trump and his help with the economy he had helped most farms around the United States. For example he has helped My family’s farm, Griffith Farms, Drewes Farms, and Bishop Farms, and that’s just 3 from North Baltimore, Ohio. And according to NBC he gave $36 billion dollars to farmers across the country!

Donald Trump has had even more accomplishments while being the Forty-fifth President of The United States of America. Trump could make many more if he wins the 2020 election this year and gets four more years.

Donald Trump is just a good person. For example, his is helping America the best he can and the best anyone could at this rough time and he is still managing to do it very well even after his brother died, he got diagnosed with Covid-19, he is being blamed for things that he should not be blamed for and he is still managing to work and help the United States of America. All of this shows how much he really cares about the people of the USA. How much he cares about his job and his responsibilities. The United States of America is one of the most important things to Donald J. Trump and always will be. That is why you should vote for Donald J. Trump. So vote Trump for president and he will “Keep America Great.”