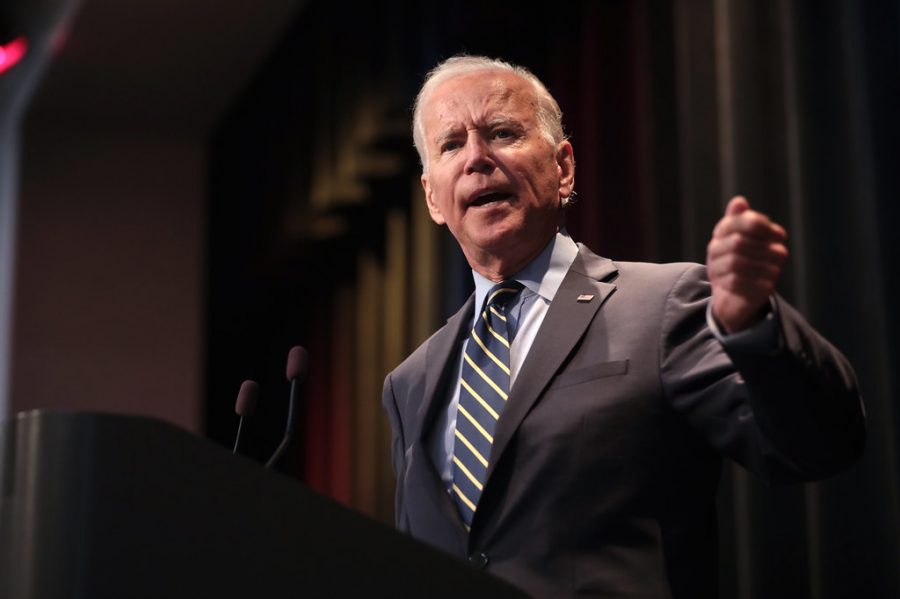 Biden is the clear choice in the 2020 election

As we get closer and closer to election day, America becomes more and more divided. The people of our nation are fighting among themselves when all we want is one common goal; peace. If elected, Joe Biden could bring just that.

In today’s climate, the thought of a president having the peoples ideals, values, and needs at heart is unfathomable. Our country is weaker than what it was four years ago when Trump was elected. He has divided this country in half. Joe Biden would repair that tear, bringing us all closer together. He has promised to “restore the soul of America”.

With that promise, he realizes and acknowledges that we as a nation are weaker than ever. He is promising to rebuild our country from the bottom up. To attack the economic crisis Covid-19 has brought upon this country, he vowed to add $200 to social security payments per month.

He supports raising the federal minimum wage to $15 per hour as the cost of living across America rises. It is well known that no one can afford to live off of $7.25 an hour. No one should have to live paycheck to paycheck.

The race protests that took over this summer were something that grabbed America by the throat. The death of an innocent black man raised anger out of most people, and hatred out of others. Joe Biden has said he believes that America is racist and it must be dealt with through social and economic programs that support minorities and people of color.

Although he was “tough on crime” in the 90’s, Biden has stepped back from that position and stated that he is proposing policies to reduce incarceration, address race and gender disparities in the justice system, and provide rehabilitation for prisoners. He would reduce mandatory minimum sentences, decriminalise marijuana, while expunging prior marijuana related offenses, and end the death penalty.

Although, he has not responded to calls about defunding the police force, he has argued that some funding towards the police should be redirected to mental health and social services.

Climate change/global warming is a major issue American’s should be concerned about. Biden has promised to rejoin the Paris Climate Accord that Trump withdrew from in 2017, leaving the United States the second largest emitter of greenhouse gasses. The U.S. was the only nation to leave the agreement. Biden is not in favor of the Green New Deal, but he has proposed a $1.7tn investment in climate control and green technology research.

On healthcare, Biden said he would not only expand Obama care, but make sure that at least 97% of Americans are insured; no matter their economic status. He promises to give U.S citizens the option to enroll in the public health insurance policy, as well as lower the medicare eligibility age to 60.

During his first 100 days in office, Biden has vowed to reverse the immigration laws and policies Trump has put in place; Including the ones that separate families at the border, rescind asylum applicant limit, and end the travel ban on Muslims.

If you are looking for someone to lead us who will fight for everyone, seek and maintain peace, and bring this country together as one, keep Joe Biden and Kamala Harris on your mind on November 3rd.