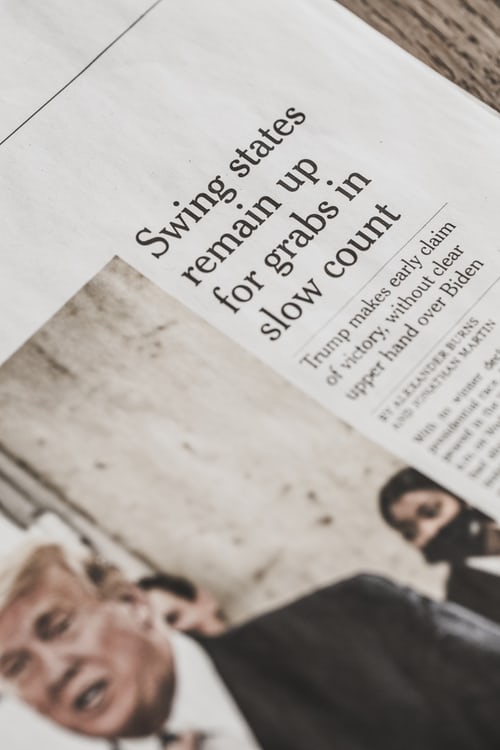 Swing States were important to the 2020 election.

After several debates, endless amounts of media coverage, and lots of controversy, it seems as though the 2020 presidential debate has come to an end. Joe Biden has been declared the winner.

We have not seen vote totals for an incumbent or party candidate ever in the history of the United States. Social media has played a major role in elections since the 2008 election when the party candidates began to target social media sites as a way to engage with potential voters and to spread their campaign messages.

Although Biden has been declared the winner, the election results didn’t come out until after election day. The results took longer this year because of how many mail in ballots there were, due to COVID-19. Around 65 million ballots were mailed in.

At the very least, state and local governments were encouraging voters to register for mail-in ballots and vote by mail so that way exposure was limited among individuals. Throughout the fall, we saw an increased number of cases throughout the nation, so to help curb the spread, government officials provided opportunities for voters to participate in democracy without having to show up in-person. As states are responsible for conducting elections, each government had established policies and procedures that potential voters and previous voters had to follow. Voting by mail has been in use for decades for various groups within the nation and I am sure that it will continue to be an option for voters in future elections.

Biden’s victory wasn’t always set in stone though, for a while Trump was leading in states like Virginia and Pennsylvania. Biden was able to flip those states though.

For this election, for Vice President Biden to win those states was important on his pathway to being confirmed by the Electoral College and the Congress as President-Elect. Since there were increased registrations for both parties in various states and the increased interest led to many conversations, both civil and hostile, political commentators and pundits could only speculate which candidate would receive the most votes. Pennsylvania was a state that had flipped from being a solid win for Democratic Party candidates to the Republican party in 2016. Before 2016, Pennsylvania had not voted for a Republican presidential candidate since 1988. The bigger story one might argue is the closeness of the presidential race in states like Arizona, Georgia, and Texas. Just like Pennsylvania was for the Democrats, these three states were solid Republican Party wins in previous elections. It speaks to the different organizational activities, party outreach efforts, and changing demographics that are altering the political leanings of a state. As more voters participate in the democratic process, it will require more extensive campaigning by the major parties and the party candidates to ensure that every vote is a vote for their platform and message.

In order to win the election, the candidates had to secure 270 electoral college votes. Trump ended with 232 electoral votes, and Biden ended with 290.

The Electoral College is actually how we elect the President in the United States. During the Constitutional Convention, there was a belief among some of the delegates that a direct election of the President by the people would lead to disaster as voters would be easily swayed by the passions of the majority or would select a candidate that may not have the best qualities to serve as chief executive of the nation. Instead, the Electoral College was established to provide for the democratic participation of voters but also to protect the integrity of the election. Each state is allocated a number of electors equal to the number of Representatives and Senators in their state (3 are also allocated for D.C.)
When voters go to the polls, they seemingly cast their ballot for their chosen candidate, when in reality they are voting for electors.

Although there may still be ballots that need counted, the US has spoken, it seems as though Biden will be the 46th president.