New season of the mandalorian 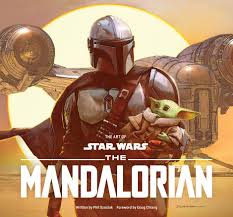 The new season of ¨ The Mandalorian¨ dropped on Friday, October 30, 2020, and the entire Star Wars fan base has gone nuts.

If you didn’t know “The Mandalorian” takes place in the same universe as the original “Star Wars” series but takes place nine years after a “New Hope” and five years after the emperor’s defeat in the “Return of the Jedi.” The plot of the first season was there was a group of intergalactic space bounty hunter who call themselves the Mandalorian who send a bounty hunter to collect a bounty on a person that is 50 years old (that is all the info we have on the person) after finding the person he realizes that the person is a race of alien that have enormous life spans and the person is actually a child. After this the bounty hunter becomes attached to the child and decides not to collect the bounty and keep the child as his own.

¨This season has so far been amazing, absolutely incredible, My favorite part in the one of the episodes is where the Mandalorian throws a ton of dudes out of the Razor Crest. It’s just so cool and I can’t wait to see what happens when I get home and watch the next episode” freshman Jordan Weaver said.

“The Mandalorian” is a high stacks space thriller that has some western gunslinger vibes but it also has some amazing all out fight scenes that have some samurai esc vibes. So it’s cool that all of these genres can fight into this show so that if you’re not into futuristic shows, then you won’t feel as left out in this show. People also really like that Disney isn’t as afraid to put death and guns into their shows as other companies are so it’s really nice to see that they are maturing.