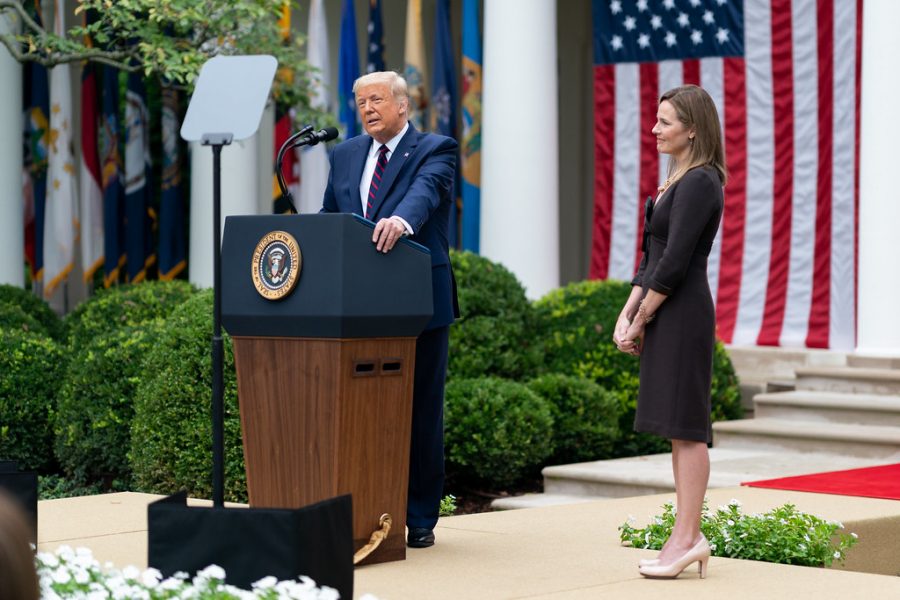 Justice Amy Coney Barrett was selected by President Donald Trump to be a Supreme Court Justice and was later Confirmed by a Senate vote of 52-48 on October 26, 2020

Justice Amy Coney Barrett went to Notre Dame Law School and later went there as an assistant professor. She later became a United States circuit judge on the United States Court of Appeals for the Seventh Circuit from 2017 to 2020.

Barrett is a mother of seven children, their ages ranging from 8-19. Two of those children were adopted from Haiti, and another has down syndrome. Barrett is the first Supreme Court Justice to also have children that are in high school/ middle school.

With anything political, there is controversy, and this is no exception. Some democrats claimed that it is too close to election time to fill a seat in the supreme court, But Republicans explained that Trump was elected for a full four years, and he does not lose his power to nominate a Supreme Court Justice just because it’s election year.

When asked if they thought Barrett was the right choice to fill the seat JJ Mihalik, a freshman at Findlay High responded, “I believe Barrett was the right choice. Replacing a woman with a woman in the Supreme Court is good, and she said that she will not judge issues on each political side and be neutral. She also stands for my morals on abortion and is a catholic like myself.”

On the other side of the argument, Holly, a freshman answered, “No, I don’t think she’s the right person to fill the seat. She’s only settled civil cases and let her religion heavily weigh on her decisions in court. It was also heavily rushed by the republican party to fill the seat.”

Despite the controversy, Barrett was voted in by the senate on October 26 and is now a supreme court justice.