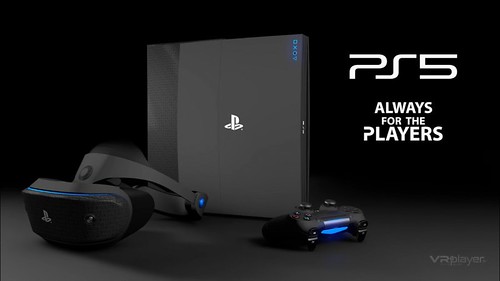 For all the gamers out there the two most popular gaming consoles on the market say they are releasing a new and better console than the one before. For those of you that enjoy the Xbox franchise they are releasing the Xbox SSeries S. Playstation 5 (PS5).

¨The only thing different about the newest consoles are the games and the price of individual consoles.The Xbox has a higher price point anticipated to be $499.99. Sony plans on pricing the PS5 at $399.99.As being a newcomer to the gaming world what do you look forward to as you start your gaming adventure? When you decided to buy a gaming console what were you thinking about?For a person that is just starting to play, what do you think is a better console.

Playstation has just announced that the Playstation 5 will now have two different models. The first model has disc and download capabilities. The second has just the download capabilities. For those trying to decide whether to upgrade to a PS5 there is some great news. The PS5 will be backwards compatible, which means you can play all your old PS4 games on your PS5. Sony has yet to announce whether PS4 players will be able to play against those playing on a PS5.

Xbox´s variation on the discless gaming console is the Xbox series S. The Xbox X will still have a drive for gamers who want to own physical copies of their games. The only difference between the Series X and the Series S are the prices, the Series X is around $499.00 and the Series S is only $299.00. That means that if you want to be able to use discs then you will have to spend about $200.00 more

The PS5 and The Xbox Series S and X are still going to their old subscribers that include Xbox Live Gold and for PS5, its Playstation Plus. Xbox live allows the player to play any game you have installed online. For Playstation, players are able to play online with friends and as an added bonus, users receive two free games every month for as long as your subscription is valid. Xbox has virtually the same thing but it does not come with the original subscription it’s a whole new one and it’s called the Xbox game pass. In this game pass you get any game that has ever been a game on the game pass fee free as long as you have an Xbox.