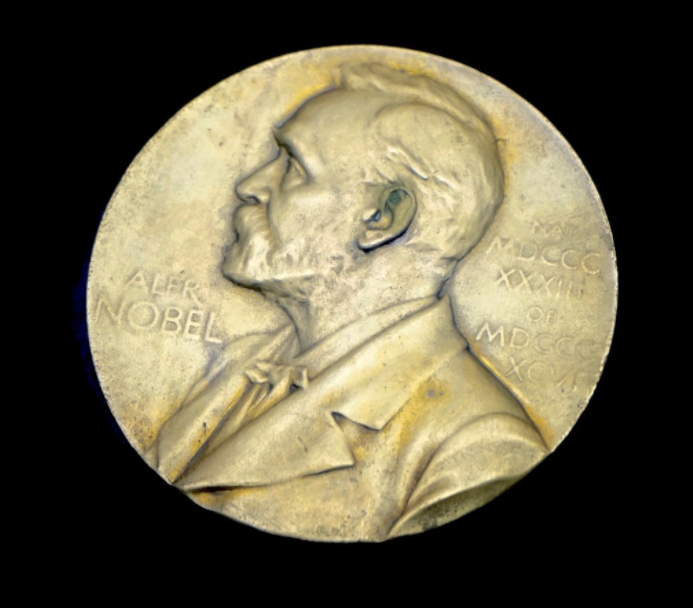 Winning one of the Nobel Prizes results in receiving a diploma, medal, and an amount of money that has a value of $1.1 million.

The first prize to be awarded was The Nobel Prize in Physiology or Medicine which was awarded to David Julius and Ardem Patapoutain. They were awarded this prize due to their discoveries to help researchers understand nerve receptors with heat and the cold.

“This discovery has profoundly changed our view of how we sense the world around us,” member of the Nobel Assembly, Professor Abdel El Manira said.

El Marina recognizes that their revelation will have a huge impact on modern day medicine.

The Nobel Prize in Physics was given to Syukuro Manabe, Klaus Hasselmann, and Giorgio Parisi for their input on how human actions affect the climate of Earth.

“This prize in physics reflects the deep connections of our field to delving into mysteries that shroud the laws that determine the environment of our home, planet Earth,” APS President S. James Gates Jr. said.

Gates describes how the depreciating environment has sparked the discovery of human behaviors effects on the atmosphere.

The next award was in chemistry and was awarded to Benjamin List and David W.C. MacMillan. This was awarded to their development of a new device used to construct molecules to be used in pharmaceutical research.

“This concept for catalysis is as simple as it is ingenious, and the fact is that many people have wondered why we didn’t think of it earlier,” Nobel Prize committee for Chemistry chairman Johan Åqvist said.

Åqvist captures the thoughts of most people on the committee in praising their development of the tool.

The award in literature was given to Abdulrazak Gurnah for the explanation and display of colonisation and refugee experiences. He is also the first African to win this award.

“[Gurnah] has consistently and with great compassion, penetrated the effects of colonialism in East Africa and its effects on the lives of uprooted and migrating individuals,” Anders Olsson spoke about Gurnah.

Olsson speaks on the amount of personal view of racism and prejudice experienced in the literature.

The long recognized Nobel Peace Prize was awarded to two activists– Maria Ressa and Dmitri A. Muratov– for their effort of self freedom..

“…their courageous fight for freedom of expression in the Philippines and Russia,” the committee announced.

They have fought for press freedom throughout the world.

The final Nobel Prize awarded was the one for economic sciences. The three people who received this award were David Card, Joshua D. Angrist and Guido W. Imbens. They were awarded this prize for their experiments in raising minimum wage and the economic impacts of doing so.

“Their research has substantially improved our ability to answer key causal questions, which has been of great benefit to society,” chair of Economic Sciences Prize Committee Peter Fredriksson explains.

He tells of how the real-life societal experiments greatly impact research and that the experiments conducted by these scientists are relative to the public.