Australia not allowing tourists until 2022 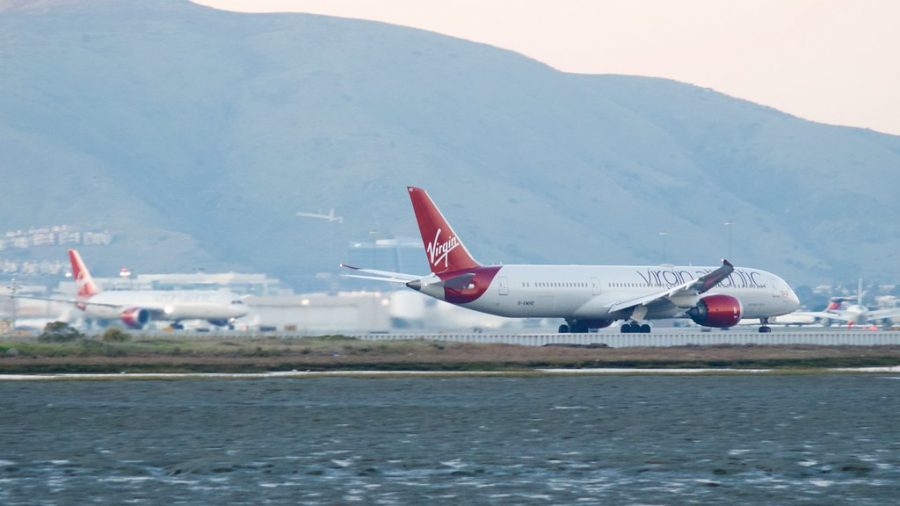 "Two Virgins, a pair of Boeing 787 -9 twin aisle passenger planes G-VWHO is taking off, G-VCRU has landed and is taxiing in. DSC_0255" by wbaiv is licensed under CC BY-SA 2.0

Australia’s Prime Minister Scott Morrison announced on October 5, 2021 that no foreign tourists will be allowed in the country until at least 2022.

The announcement comes as the result of the travel restrictions that were put in place to stop the spread of the COVID-19 pandemic being slowly eased back by the country. “Scott Morrison announced skilled migrants and students will be given priority for entering the country which has had a strict travel ban in place since March last year,” Euronews.travel says.

While only allowing skilled migrants and students in initially may sound negative, some here at FHS see it as a good thing for the country’s recovery from the pandemic.

“I know Australia is getting serious about stopping COVID and I have a feeling workers and students will probably be better about that stuff rather than tourists,” Senior, Alex Post says.

By October 5, Australia was expected to have 80% of its population over the age of 16 vaccinated, allowing the country to reopen its borders. Australian citizens will also be allowed to fly out of the country for the first time since November.

The country has had strict policies when it comes to travel since the start of the COVID-19 pandemic in March of 2020.

“While many countries imposed strict lockdowns that shut down large portions of the economies, Australia’s travel restrictions have kept life fairly normal for much of the pandemic — though it is now experiencing shutdowns in the biggest cities, Sydney and Melbourne, as well as the capital Canberra,” ABC News says.

Australia’s tourism industry took a hard hit during this travel ban. Before the pandemic, The Australian Tourism Export Council made the equivalent of $33 billion American dollars a year from tourism.

“Australian tourism operators — which have suffered not only from the ban on international tourism but also frequent internal pandemic border restrictions — are frustrated that there aren’t more details of how leisure travel will resume,” ABC News says.

Students at FHS commented on this decision, talking about the impact that this decision may have on Australia’s economy.

“I think that [this decision is] the safe move,” Sophomore, Lucas Shroeder says. “Not the best move [economically], but [it] will help to avoid any other setbacks economically [in the future].”

With the loss the tourism operators have suffered, they would like tourists to return by March at the latest.

It is unspecified as of now when in 2022 the Australian borders will be open to foreign tourists.