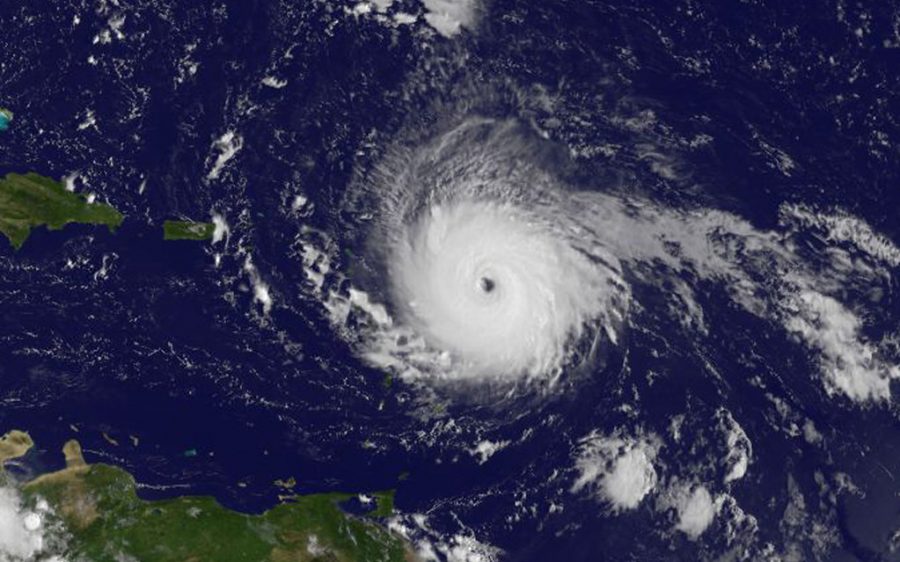 "NASA Sees Irma Strengthen to a Category 5 Hurricane" by NASA Goddard Photo and Video is licensed under CC BY 2.0

First charted on September 19, Hurricane Sam has trekked across the US east coast as it gains strength. Though it is not predicted to touch land, Hurricane Sam is turning the heads of many meteorologists.

“Meteorologists don’t expect Hurricane Sam to make landfall in the United States, although it could affect parts of the Caribbean. The storm is expected to curve northward, back out to sea, later this week,” the Scientific American says.

“Hurricane Sam became the 18th named storm of the 2021 Atlantic hurricane season last week, strengthening to hurricane status within 24 hours, and becoming a category 4 storm over the weekend,” The Guardian says.

Hurricane Sam will never reach land, but it will have effects on corresponding areas on the Atlantic coast. Hurricane Sam will cause big swells and potentially life-threatening rip currents on the east coast and small islands in the Atlantic, as well as rainfall and high winds. Civilians should be aware of the effect this hurricane has on land near them, and be wary of any threats it may pose.

“Swells generated by Sam will impact the northern Leeward Islands and the Greater Antilles, including Puerto Rico, during the next few days,” the National Hurricane Center states.

The reason why Hurricane Sam is so important to scientists and weather specialists is due to the fact that it is providing the first view of what occurs at the ocean’s surface within a major hurricane. The hurricane continues to move through the Atlantic at about 20 miles per hour, as specialists tail and track what occurs inside the hurricane as well as what is left behind.